Every New Zealander deserves a healthy, toxin-free home and workplace. We are committed to making Hydrogen Peroxide available to every household in the country so that families can reduce toxins in daily life and save money on buying multiple products containing harmful chemicals.

WHAT OUR CUSTOMERS SAY

Very good product. I didn't realise it could be used for so many things. Will have to order more.

I did not buy this mister for plants, instead I use it when I am ironing and it does a first rate job too. The spray bottle I had before was inclined to throw out drops of water along with the coarse spray. Now my fabric is so much easier to iron and as the mist is so fine it leaves no discernible water marks. I can see why people love it for their plants.

I have used H2 O2 for many many years is a cleaning agent however, for the first time I’ve started using it on my plants! Oh my gosh, they look alive! Within 24 hours they’ve changed from barely existing to looking pretty lush!! Super impressed. Thank you guys for the brilliant chart it’s given me lots more ideas.
I love the bottles I purchased as well will be purchasing more for school

The first time I bought 2 lts and now I went with the 4lt box. I simply cannot stress how useful it is. I add a cup of Oxigen Plus to the washing machine and then I run the cycle. I also spray it every morning on my bed, my baby’s mattress,
All throwns and pillow and let them air dry. I am no longer attacked by bedbugs. This is your sign to buy it. It even comes with a guide

I used oxygen plus to spray on a stained mattress and after a few applications it has come up beautifully. Very happy.
I also tried spraying the white fly on my kale but this seems to have had no effect

I have found it hard to puchase Hydrogen Peroxide - once a staple in all our cupboards! So have ben very grateful to find yours available by post. Have used it to help with carpet stains (carefully) and to keep flowers fresh, and to get blood our of sheets. Many thanks for being easy to contact and deal with.
cheers Lesley
Will purchase more I am sure.

I'm using it more and more around the house and I am pretty sure the places I'm using stay clean for longer and look light and bright if that makes sense.

Really enjoy using this product. Use it at work to (I'm a nurse) and enjoy using there too. The surfaces look and smell clean. Use it for my washing, the whites become whiter. The washing machine (front loader) does not smell. Its an all round good product.

Will surely buy this again next time. So useful for my plants and for house clean. Highly recommended.

A
Oxygen Plus 6% - 1L Allie Mcfadyen
Floor Saving Product! What a Godsend

Our two dogs had decided that it was a good idea, instead of going outside in the rain, to have a sneaky wee on a rug that we had laid over brand new oak flooring. Unfortunately we couldn't see the wee due to the colour of the rug, but boy did we smell it...eventually. At first glance we thought we would have to rip the flooring up as there were multiple black stains. After Googling we discovered Hydrogen peroxide is really effective at getting the said stains out. We searched online for a supplier of a large enough bottle and in a strength that would be effective - so we got the double strength 6%. It took two weeks of re-applying, mixed with baking soda and sanding but we now have our floor virtually back to the way it was originally. We also tried the hydrogen peroxide mixed with baking soda on our tile groat and in minutes it was sparkling. Our plants love it too. It really is an all-round essential product for the home. We will be re-ordering that's for sure. Anyone want two dogs??? 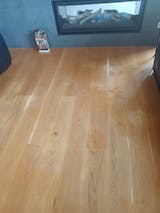 A
Everyday & Deep Clean Ariana A
Stoked on product for value

I've started using these products to take care of my plants and deep clean items that seem impossible to clean. The 360mister is by far the best I've ever used. I love using it on my plants . The cleaning wipes are also great, and I like the different patterns that come with them to distinguish what they are used for.

Great for cleaning product, I need to get more.

Love trading with these kind people with amazing products ..
Will be purchasing more in future for sure..
Thank you so much for caring for our beautiful Earth 💚🍃

Stylist & well made spray bottle & best one I've ever purchased. The spray mist is so fine & you don't actually use up a lot of the product. Very happy with this...thank you!

After only a couple of applications of the hydrogen peroxide my plants are all looking so healthy and green. I also had a couple of pot plants that had white mould, and it appears to be fixing this as well. Will definitely be continuing to use your products.

I bought a bottle on the recommendation of a friend. I wanted to try it out for myself to verify her claims of its effectiveness.
As a cleaner in the kitchen it has proved to be invaluable. Used to control fungus in the orchard, it has also proven its worth.

Have not used product yet.

A
Oxygen Plus 3% - 4 L Amanda
Put everything down and try this!!

I recently tried the 3% Oxygen plus and man, I am so happy with my purchase! I used this to deep clean our new place and it really made such a difference and it cut down on cleaning time. This is such a versatile product, I use it on almost everything - including my plants ( they are thriving).